I have always seen the glass as half full. My mother was the same way. It's probably where I got it from. I remember the day she told my sister and me that she had cancer.

She was matter of fact about it.

She was going to have surgery, chemo, and that was that.

She would get better.

Until it came back.

She was going to fight it out.

Until she couldn't fight anymore.

I often think about her when things are thrown at me as they were today.

My son woke at 4:30 in the morning with a fever of 102 degrees. I knew he was starting to get sick because he wasn't feeling the best the last two days. So I was on the phone with the doctor at 8 a.m, with an appointment at noon for a strep test. I am glad I listened to my intuition because he tested positive. Instead of complaining about this, I felt appreciative that he got sick over spring break instead of a school week, so I could spend time with him.

As I woke up, a few minutes before eight, to the pitter patter of feet upstairs, I quickly realized our basement had flooded. The carpet at the edge of our room was soaked. I woke my husband who quickly started moving things out of the other room, where most of the water was. I helped him move what I could but only after I had called the doctor for my son. Then my husband started tearing the carpet out. We have wanted to figure out why the basement  floods when we get A LOT of rain and this was the last straw. Over the course of the day, I have sucked  up the water out of that room more times than I can count, but now we know where the leak is coming from and have a plan to fix it.

It seems to me that things happen in threes. And if you are keeping count, only two things have happened so far to me today. Well here is the third.

Right after I took all the wet clothes out of the washer this morning and put them into the dryer, the power went out. Keep in mind this was after I called the doctor and my husband tore out the wet carpet. There was no big storm or high winds, just a lot of rain. I was quite surprised because our power hasn't gone out in a few years. After a bad ice-storm years back, the electric company has been proactive and on top of everything so this surprised me. I could have sat and complained about all the things that needed to be done but instead my girls and I played a lot of board games.

I have had a busy day. It seems like it was just one thing after another. But my son is now on the mend, my daughters spent four hours playing outside with a new friend, the power came back on, and well, that basement. It will be dry in time. 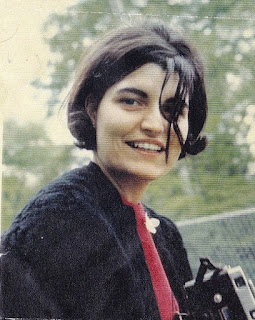 My mother, who always saw the glass as half full.